This past week, in three dreams of various individuals, “red wine” has made an appearance in the session work we’ve been doing. Whenever a symbol makes itself known like this in the dreams, I have learned to sit up and pay attention. Repetitively appearing motifs like this that surface at a specific moment in time are very likely to have some message for all of us, in addition to the individuals having the dreams.

Historically, and therefore ancestrally, this time of year has long been associated with the time of “Harvest”. The pulling in of the fruit off the vine and the work, celebration and preparation that go along with this age-old activity would appear to be woven into the very blood of folks descended from European and even Greco-Roman descent. As dreams speak in the language of metaphor and symbol, my attention has gone towards seeking to understand why red wine is making such a striking appearance at this moment – “why these dreams now?”

I suspect that, at the very least, there are messages here about the relation of us two-legged humans to the vital, primordial, and earthbound energies of the Divine as it spontaneously chooses to involve us through the Dreaming. Wine is an alchemical substance that we’ve learned to craft out of the very cauldron of the living forces of Nature and the Cosmos. Dionysus has long been associated with this energy. It’s interesting and instructive to note that this ancient divinity of the Greek pantheon was the only figure in that archaic culture who was understood to contain both feminine and masculine attributes and qualities. This was, in part, due to his being born from a male womb – out of Zeus’s very thigh. Could these dreams be coming to say something important about the call to conjoining the opposites – as dreams so often do? The land is calling us through the dreamscape, perhaps, to see, feel and embody a deep call to becoming whole – combining land and human, stretching time and the moment, the elements and the creatures, the trees and the sky. Dionysian energy is often spoken of as androgynous, and is symbolic, at least, of the uniting of conflicting forces within and without, feminine and masculine.

Red wine also evokes memories and images of blood, and so may be coming to alert our focus of awareness to the passions that guide and inebriate us. Blood is a connecting force that holds the memory of who we have been, our ties with the earth and each other, and we speak about it as our “life’s blood”, meaning that it contains a vital essence of being without which we wouldn’t be alive.

In the oldest Dionysian cults, the very first and most spontaneous ones we know of, folks imbibed small amounts of red wine and danced and sang all as a means of “feeling the spirit”. Many cultures throughout time have spoken of wine and alcohol as “spirits”. When such energies appear in dreams, it’s always worth asking if the dreams are suggesting a connection and relationship with some form of spiritual energy, whatever else they might also be seeking to impart. 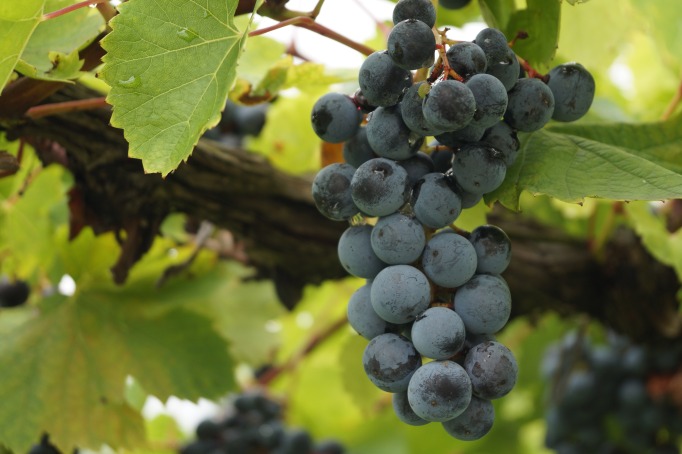 It’s been said by Marion Woodman, Sandra Lee Dennis and others that ours is a time of embodiment and that part of the invitation of the dreams is to recognize this. Perhaps, then, the dark red wine spirit of a Divine Feminine force is also seeking to get our attention through these dreams. Maybe some balancing is being hinted at here with the overly expressed, unconscious masculine forces in the world. Perhaps paying attention to and working with the dreams is a way of taking in the harvest of the natural and spirited, soulful, dark divine energy in the world and within us. Just as with wine-making, each step is a necessary ingredient in the ongoing work of transformation, change and transmutation, where we might hope that the final and long-awaited outcome will appear as a fine red wine, which we might sip in one anothers’ company, looking back on the hard work, the beauty and the tensions of the past season with an eye toward the soon to be darkening days and nights that will, if only we can allow it, enrich us in our very spirits, bodies and souls. By honoring this moment, and our deep inner, as well as vast outer Nature, we might craft a fine gift and share the bounty with all who are able to join in.